Tracy Edwards has made history with Maiden and even with an extensive sailing history with the boat; she continues to plan more tours and competitions with it. Edwards’s states that she wishes to man the boat with a crew comprising of all women. However, it was not an easy decision as she faced misogyny and sexism issues as a result. 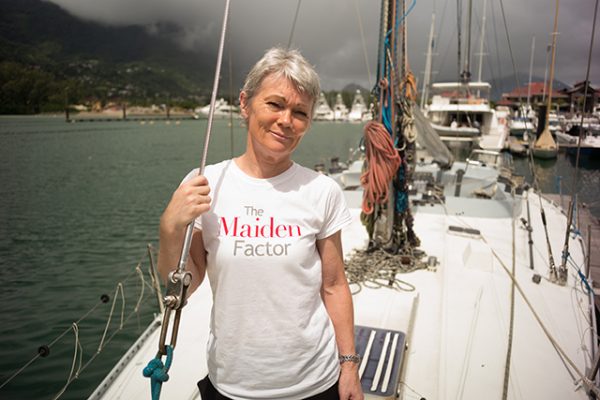 However, she knows that being skipper is about having a vision and motivating her crew to see it through. She had been part of Whitbread Round the World Race. Popularly known as Volvo Ocean Race, she had been part of it in 1990. She had sold Maiden after that and the crew members, 12 in numbers, were scattered as well.

Maiden came back to her life in 2014. She found it in a decaying condition in Seychelles, off the East African coastline on the Indian Ocean. She then turned towards crowdfunding so that she could repurchase Maiden. This effort was put in place in 2016 and now the yacht has been put back to former glory. Edwards is now ready to start a new chapter which she terms The Maiden Factor. The boat would be put in a sailing tour for three years which will be directed towards funds raising initiatives for access to education for girls.

Tracy remembers their participation in the Round the World race with an all-female crew. They had finished second in the race which was a stunning result for the British boat, all in seventeen years. It was also one of the best performances put in by a crew of all women.

Tracy Edwards states that as a leader she has to squeeze the best from her crew members. It also involved understanding the motivation of each member which then enables one to get much out of them.