Carbon Monoxide alarms will become mandatory for UK sailors as they will have to fit a carbon monoxide alarm on their boat to cruise certain waterways in the UK from next year. New requirements are being consulted on by the Boat Safety Scheme under the order as new rule requires a carbon monoxide alarm to be applied in every class of boats with accommodation, affecting cruisers using Scottish Canals, The Boards, Thames, Chelmar, BWML marinas, Blackwater, Wey, Cam, Dee and Waterways run by navigation authorities like the waterways of River and canal etc. to apply BSS regulations. An MAIB spokesperson stressed on the fact that while none of the unfortunate event involving carbon monoxide pertained to any sailing boats, it is crucial that owners of sailing boats are quite attentive to the fact that the carbon monoxide is a dangerous source of many poisonous gases. 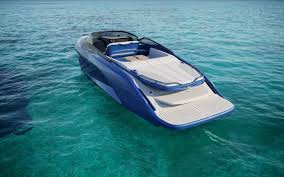 The Boards Authority has accepted BSS’s mandate of CO alarms while the UK government had rejected the same back in 2015. In a mishap dated in June 2016, Tina Wilkins and Alan Frost faced an unfortunate death due to carbon monoxide poisoning on Love for Lydia, their motor cruiser.

There has been a directive issued that the design of the hull must enumerate the immense amount of technical, safety and other issues and the emissions standards must be set according to that. There is also an increasing concern on the environment and how the sailing boats are degrading the same through the emissions. A control is being put to curb this issue and the design of the boats has to get scientifically advanced to make realize the same. It further asserted that this doesn’t offer any protection to the occupants from any CO-like external exhaust emissions.